Before Gloria Estefan and the Miami sound machine took the world by storm, raising international awareness of latin rhythms, several other latin divas were making names for themselves and drawing attention to the contributions of latin artists.

Adding their voices to the latin-infused dance music that was smoldering in the nightclubs of florida—and eventually spread throughout the country—women such as martika, brenda k. starr, safire, nayobe, the covergirls, Jeanette jurado (of exposé) and lisa lisa helped to spark an interest in latin rhythms that would give rise to powerhouse divas from estefan to selena.

In spite of the fact that lisa lisa is the voice behind some of the 1980s’ most memorable songs, surprisingly little is known about the puerto rican native of new york’s hell’s kitchen who would one day rule the world of latin hip-hop and dance music. born lisa velez, it is said that lisa lisa is one of ten children who were raised by a single mother in manhattan’s most well-known latin burrough. also a subject of conjecture is the age at which she met legendary producers full force (with reports ranging from sixteen to twenty). not a matter of speculation, however, is the success that full force had already achieved with artists such as utfo (who recorded one of rap’s most famous songs, “roxanne, roxanne”) and the real roxanne (one of many rap divas who recorded a response to the inflammatory original).

Another two-year recording gap resulted in the release of straight to the sky which featured a decidedly more r&b feel, while still maintaining the funky beats for which cult jam and full force were famous. in 1991, the group released their final album together, ending a six-year run as one of the world’s most successful hip-hop/dance outfits. entitled straight outta hell’s kitchen,lisa lisa & cult jam’s swan song is one of their most consistent efforts ever. with production credits split equally between full force and then-up-and-coming production duo robert clivilles and david cole, songs like “let the beat hit ’em”, “let the music play” and “love will get us by” offered the dancefloor-ready tracks which fans had come to expect. straight outta hell’s kitchenpays homage to lisa lisa’s neighborhood through its title, while demonstrating her range as a vocalist through its material. though not a vocal dynamite, lisa lisa more than holds her own within her genre, while bringing emotional realism to slower songs, such as “where were you when i needed you” and “don’t say goodbye”. it was this same “every girl” quality that made a hit of “all cried out” several years before. “you + me = love” and “sensuality” exhibited yet another—more sensual—side of lisa lisa and, through the former’s rap interlude, foreshadowed a inclination towards experimentation that would not full manifest itself for another three years.

Having relinquished her position as vocalist for cult jam, lisa lisa was left to her own devices, a prospect that frightened her some. “someone said it was all over for me,” she explained in lucy o’brien’s she bop, “i cried. but then you wipe your eyes, walk out there and figure how to kick those people in the ass. i had been a little girl with two guys at the side and six producer up her ass. it was time for lisa to come out on her own and grow up.” and grow up she did. in 1994, lisa lisa returned with her first solo effort, LL77 a more sensual and less dance-oriented production than her collaborations with cult jam and full force. LL77‘s singles—”when i fell in love” and “skip to my lu”—barely scratched the surface of the playfully veiled sensuality of tracks such as “covers” and “acid rain”. again paying homage to her roots, both “when i fell in love” and “why can’t lovers” were recorded in both english and spanish. collaborating with one of dance music’s most famous djs, junior vasquez, and r&b ingénue turned space-age rock diva, nona hendryx, LL77 boasts an edgy, rock influence complete with electric guitars and self-assured, raucous lyrics.

Though lisa lisa has not released a follow-up to her debut solo project, she is neither inactive nor forgotten. as a participant in the 1999 billboard magazine dance music conference in new york, lisa lisa assumes the mantel of dance music authority and legend. as one of the first latin divas to gain international notoriety performing english language material in the rock era, lisa lisa is truly a marvel. by incorporating elements of rap, hip-hop, dance and pop into her own personal musical landscape as a puerto rican resident one of new york’s toughest ghettos, she has achieved what many have only attempted. while her many chart-topping singles have earned her a permanent place within the lexicon of american music, it is her frankness, pride and beauty that mark her a diva. 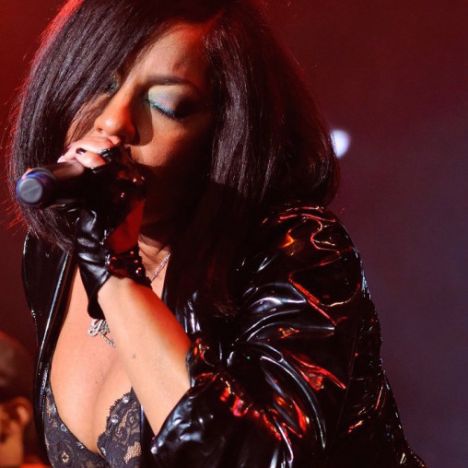