Born and raised in New York City, Luis Damon was exposed to music at an early age. His father, renowned guitarist Luis Cruz, performed with many of the top trios and conjuntos that played traditional Puerto Rican folk music throughout Puerto Rico and the city. In addition, Luis was influenced by the classic 70s R&B and Freestyle artists of the 80s.

At the young age of 10, Luis began to step into the spotlight, performing at school events and talent shows. In 1993, Luis recorded his first single “Should Have Never Let You Go” for Rivell Records, an independent label. While the song did not receive much radio airplay, it was a local club favorite, catching the attention of Sal Abbatiello at Fever Records who signed Luis to a recording and management contract. Luis released “Time and Time Again” in 1995, written and produced by the legendary Chris Barbosa. Shortly thereafter, Luis was performing throughout the country, sharing the bill with such artists as George Lamond, Lissette Melendez, Cynthia, and The Cover Girls. Seeking to bridge the gap between Dance music and the Latin music he grew up listening to, Luis signed with WEA Latina in 1996 and recorded his first Spanish language album, Solo.

The first single was a cover of the Luis Miguel classic Me Niego Estar Solo and quickly became a radio favorite. However, it was the second single Vivir La Vida which became the breakaway cut that kept the album at the top of Billboard Magazine’s Tropical charts. The same year, Luis Damon earned a nomination for Best New Male artist at the coveted Premio Lo Nuestro” awards. Also, Luis was also asked to represent the United States in the International OTI song festival hosted by Univision in Lima, Peru. Luis recorded his second album for WEA Latina, Para Estar Contigo in 1998 which featured a duet with Olga Tanon on the title cut.

Para Estar Contigo rode the top of the charts for over 22 weeks. Luis began honing his skills as a songwriter. In 1999, Luis helped form a non-profit organization called MAV (Musicians Against Violence) with Vivian Rivera, which helped raise funds for different organizations relating to domestic violence issues, a cause he felt strongly about. Also, during this time, Luis released his third CD, Luis Damon, working with such prominent sponsors as Coors Light and embarked on a 25-city tour throughout the United States. At the end of the tour, Luis was asked to join the hit group Son By 4 to perform their hit song“A Puro Dolor” throughout P.R. and the U.S. Luis relocated to Puerto Rico where he had the opportunity to work with renowned producer Cucco Pena, and special event impresario Rafo Muniz (Promotores Latinos).

Luis also continued working on his songwriting, and collaborated with Obie Bermudez, Javier Montes, and Guadalupe Garcia. Luis continues to perform as a solo artist, and is currently recording new material. Luis has matured both as an artist and as a song writer, as reflected by his new material. His soulful vocals combine heart felt ballads with strong tropical rhythms. As enthusiastic as ever, Luis is ready to share his musical vision with audiences both old and new who are eager to hear a fresh voice in Latin music. 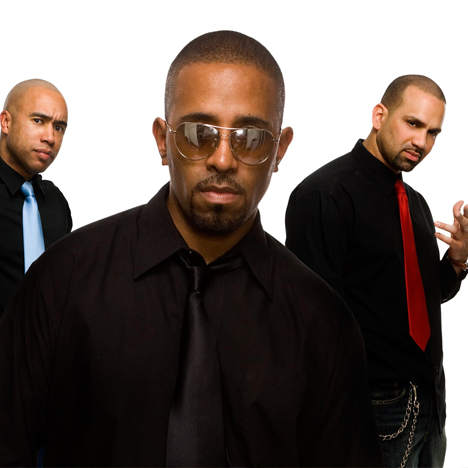