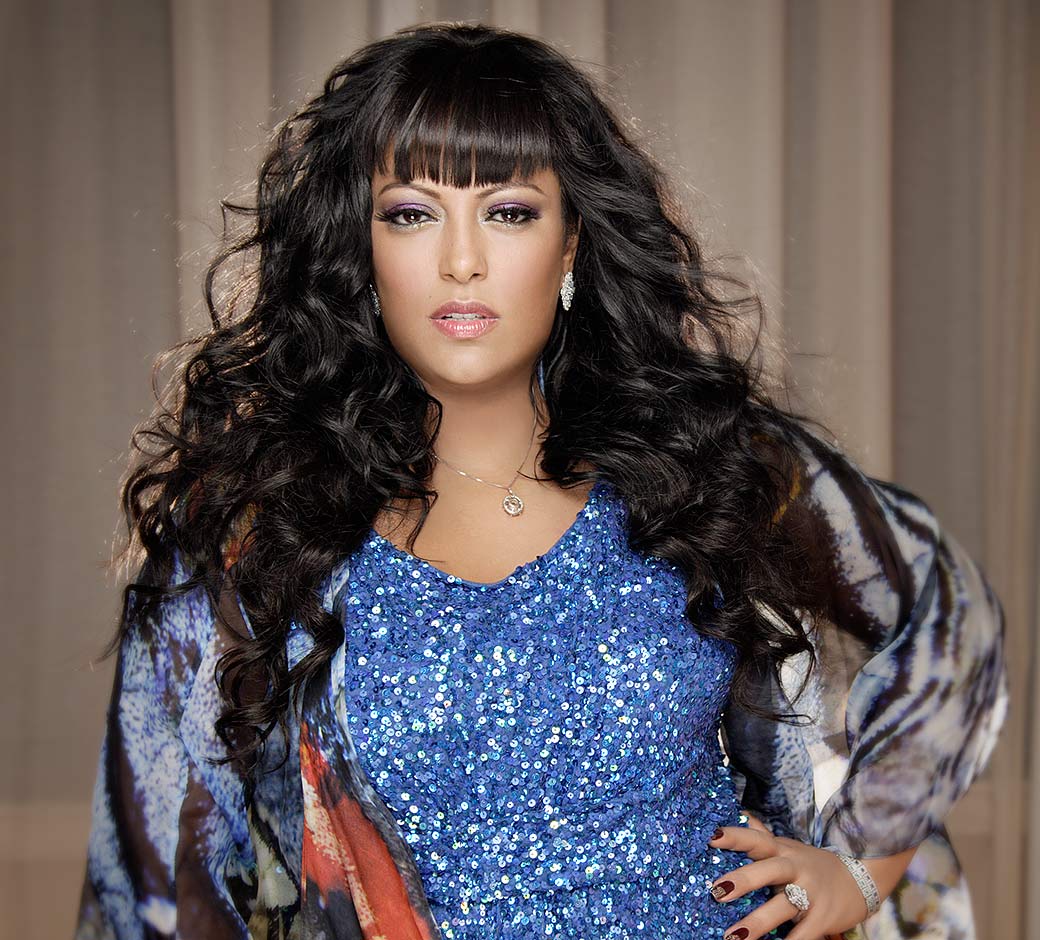 Linda Viera Caballero (born March 9, 1969), better known as India and La Princesa de la Salsa («The Princess of Salsa»), is a singer-songwriter of salsa and house music. She has been nominated for both Grammy and Latin Grammy awards.
Early life
Caballero was born in Rio Piedras, Puerto Rico. Her parents moved to New York City soon after her birth, and settled down in the South Bronx area of the city. They moved in with Caballero’s grandmother, a woman who served as an important influence on Caballero’s life. Her stage name, India, was given to Caballero by her grandmother because of her dark features and long straight black hair.[1] In 1985, when Caballero was 14 years old, she was a founding member of the Latin freestyle group TKA and was featured on the cover of TKA’s second single, «Come Get My Love». She left shortly thereafter.[2]

Caballero signed a record contract with Reprise/Warner Bros. Records, which planned on marketing her as the Latin version of Madonna (who recorded for sister label Sire Records). After recording the album Breaking Night, Caballero decided that she didn’t want to take that route in her career.[1][2]

First salsa album
An important event took place when she accompanied her husband to a studio recording. Salsa band leader Eddie Palmieri happened to visit the studio and was impressed with Caballero when he heard her singing… In 1992, Palmieri produced Caballero’s first Spanish-language salsa album Llego la India via Eddie Palmieri (The India has Arrived via Eddie Palmieri), which was acclaimed as one of the best salsa albums of the year. From then on Caballero became known to all as India.[2] India received a Lo Nuestro Award nomination in 1993 for Best Female Performer, Tropical/Salsa.[3]

In 1994, India together with Louie Vega recorded a house-music single «Love and Happiness» (Yemaya y Och˙n) that paid tribute to SanterÌa (a syncretic religion based in the Caribbean). This up-beat house track was played heavily in dance clubs internationally. India’s involvement with SanterÌa drew much criticism. She later recorded Dicen Que Soy (They Say that I Am) which was a 2x gold-certified Billboard hit and included the song «Vivir Lo Nuestro», a duet with Marc Anthony. Later this same year CombinaciÛn Perfecta. was released.[1]

India, the Princess of Salsa – External audio
You may listen to India sing «Seduceme» here.
In 1996, India worked with Tito Puente on Jazzin, an English-language album of swing classics with a Latin twist on RMM Records. That same year she contributed the song «Banderas» to the album entitled Voces Unidas (United Voices), a multi-artist tribute to the 1996 Summer Olympics. She also released India: Mega Mix that same year before divorcing Vega. India sang a duet titled «La Voz de la Experiencia» (The Voice of Experience) with Celia Cruz, the late Queen of Salsa. It was then that Cruz gave Caballero her longer name: India the Princess of Salsa. In 1997, India recorded «Sobre el Fuego» (Over the Fire) with Puerto Rican salsa singer Kevin Ceballo as backup. The song was nominated for Best Latin Tropical Performance Grammy Award. In 1998, she won an ACE Award.[2]

On May 31, 1998, India gave two sold-out concerts at the Luis A. Ferre Performing Arts Center in San Juan, Puerto Rico. She returned to the United States and Cable Channel UPN aired one of her shows. India also held concerts in New York’s Madison Square Garden and in El Festival de la Calle Ocho in Miami, Florida. In September 1999, India released her album Sola, which earned her great reviews for the single «Sola» and for covers of two hits by the late Cuban sensation La Lupe «Que Te Pedi» and «Si Vuelves Tu.»[1]

On February 5, 2000, a full-page ad in Billboard Magazine congratulated India for her second Grammy Award nomination. In March 2000, she was featured in Vibe Magazine. In 2003, India released Latin Songbird: Mi Alma y CorazÛn. The album’s lead single «Sed˙ceme» became a hit on the Latin charts and topped the U.S. Billboard Hot Latin Tracks for several weeks. This romantic salsa hit single was India’s first number-one song. The song brought her a new fan base with many awards and nominations, including two Latin Grammy nominations for Best Salsa Album and Best Tropical Song in 2003, and her third Grammy Award nomination for Best Salsa Album in 2004.[4]

In 2005, India participated in the musical presentation Selena °VIVE!, a tribute to the late Tejano sensation Selena Quintanilla-Perez. In 2006, India released the album Soy Diferente, which contained two songs that became award-winning hits. The 2007 Annual Latin Billboard Awards honored India with Best Tropical Album of the Year Female for «Soy Diferente» (I Am Different), and Latin Dance Club Play Track of the Year for «Solamente Una Noche» (Just For One Night). In 2007, India collaborated with Latin sensation Gloria Estefan in a duet titled «90 Millas.»[4]

India is set to release her ninth studio album in 2010, which will propel her music to various European and Asian countries. India mentioned to the Associated Press, «I am reinventing myself…changing my physical image. India will return to become a Barbie. But more than that, I feel like a new woman because I have been blessed with many beautiful things. After many years, I have my family with me and I am not separated from my mother, in which I suffered greatly. I have her in my life and that brings inner peace that I haven’t had in a long time.»

On February 23, 2010, India’s hit single «Estupida» was released on iTunes. The single, cover of the Italian version «Stupida» by Alessandra Amoroso of 2009, was recorded in two versions, a salsa version and a ballad version. Videos were filmed for both versions of the song. «Estupida» peaked on the tropical billboards at number one, making India the female with the most number one hits on the tropical charts. India’s ninth studio album, Unica, was released June 1, 2010.

In 2011 India continued to release new music. India released a duet with Issac Delgado titled, «Que no se te olvide» which has four different versions, one salsa, another an extended salsa mix, one a bachata version, and another a New York Pop version. In 2011, India released a new house track titled, «Tacalacateo» which she worked on with Italian DJ, Peppe Citarella. Tacalacateo peaked at #13 on the Billboards dance tracks.

In 2012, India recorded as part of UNITY : The Latin Tribute to Michael Jackson,a project produced by arranger Tony Succar; in which India rendered her voice for one of the songs among other all-star Latin artists such as Tito Nieves and Kevin Ceballo. 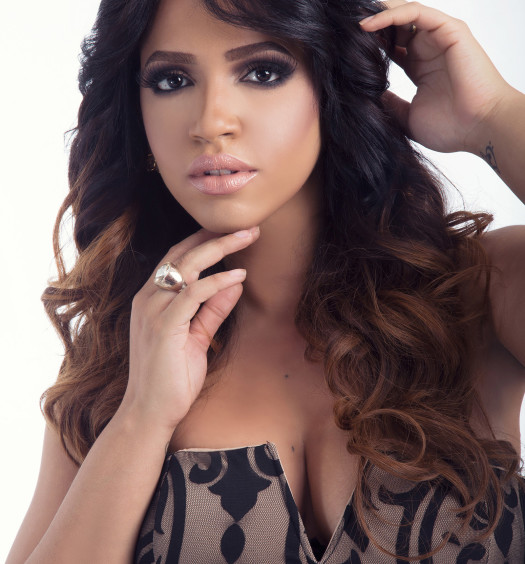 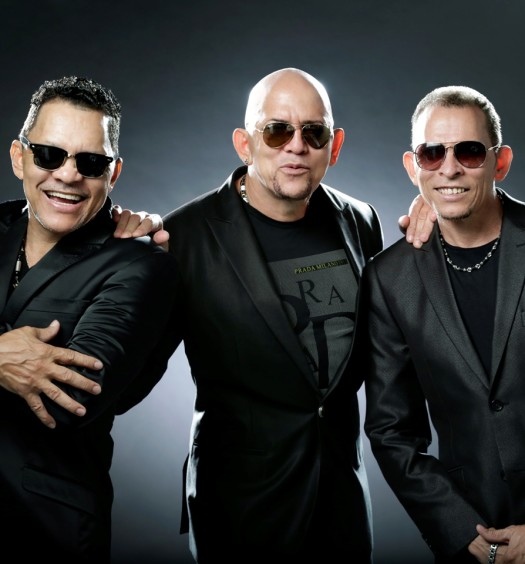